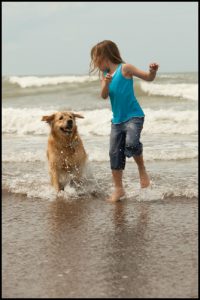 Core vs. Non-Core Vaccines Many of the vaccines vets use on your dog are categorized as core or non-core. The core vaccines include parvovirus, distemper, adenovirus (canine hepatitis) and rabies. These vaccines all protect against viruses, which are easy to protect dogs against. In fact, viral vaccines are so effective that, when given to a dog over four months of age, they’ve been scientifically proven to protect that dog for years, and most likely for life. The non-core vaccines aren’t in included in this group for three main reasons:

Let’s look at the three non-core vaccines and the issues surrounding them.

The majority of dogs with known leptospirosis have been found to be without symptoms – they live with it without getting ill.  his isn’t to say that leptospirosis can’t cause illness in dogs. In some cases lepto can be fatal.  However, in the 1996 Canine Health Concern vaccine survey 100% of dogs with leptospirosis had been vaccinated within three months prior to infection. This can only be because:

If your vet recommends a lepto shot, you need to ask him two questions. The first is whether he has seen a case of lepto in the last, say, six months (i.e., is the vaccine necessary?). The second is which serovar is involved, and is that serovar in the vaccine? For if it’s not, the vaccine won’t help. There are over 200 versions of leptospirosis and vaccination against one form will not provide protection against the others. The WSAVA VGG states,

The leptospirosis vaccine is the one least likely to provide adequate and prolonged protection, and therefore must be administered annually or more often for animals at high risk. Protection against infection with different serovars is variable. This product is associated with the greatest number of adverse reactions to any vaccine.”

Leptospira vaccines provide short-term immunity (e.g., 3–12 months) and the efficacy is often less than 70%. Also leptospira products often prevent clinical disease but fail to protect against infection and shedding of the bacteria, especially when infection occurs more than 6 months after vaccination. The immunity among the serovars varies and immunity varies among vaccinated dogs. Persistence of antibody after vaccination will often be only a few months and immunological memory for protective immunity is short (e.g. 1 year or less). Thus, revaccination may be required as often as every 6–9 months for dogs at high risk.”

No human vaccine is currently available in the United States or the UK for lepto. Why, do you think? Scientists have been trying to develop a human leptospirosis vaccine for decades – one that’s safe and effective and which governments will license around the world. They have failed.  But a dangerous, ineffective, substandard canine vaccine is out there, and will remain out there until pet owners educate themselves of the risks. What is the leptospirosis vaccine doing on the WSAVA non-core list? It has no place there. It should be on the “not recommended” list. Leptospirosis is not even a vaccinatable disease, and the vaccine can kill!  But over 99% of vaccine reactions go unreported in dogs and cats.

As with leptospirosis, Lyme disease is also caused by a bacteria, but is transmitted through tick bites. Lyme disease exists in most states in the U.S.  As with leptospirosis, not all dogs who test positive for Lyme disease suffer symptoms, and the disease can be treated with antibiotics or good holistic care. The American College of Veterinary Internal Medicine (ACVIM), stated in 2005, “The ACVIM diplomats believe the use of Lyme vaccines is still controversial and most do not administer them.” Neither do the American veterinary schools recommend the Lyme vaccine.  Dr Patricia Jordan writes,

Cornell University’s School of Veterinary Medicine researchers suspect long-term side effects are associated with the Lyme disease vaccine for dogs, but nothing definitive has been documented or exhaustively studied, says Allen Schoen, a doctor of veterinary medicine in Sherman, Connecticut. “These side effects may vary from rheumatoid arthritis and all the major symptoms of Lyme disease to acute kidney failure.” There is some controversy about how long a tick must be on your dog before it injects the Borellia bacterin that causes Lyme disease into him. Some say five hours, others say up to 70 hours. Therefore the safest and most effective “vaccine” would be to inspect your dogs daily and remove ticks before they attach, or as quickly as possible. Other preventative measures include keeping your lawn short, not feeding wildlife near your garden and using other non-toxic forms of tick preventation.  Given the evidence, it is difficult to imagine why the Lyme vaccine isn’t on the “not recommended” list.

Kennel cough is caused by a variety of agents including – but not limited to – parainfluenza virus, adenovirus, and the Bordetella bronchiseptica bacterin.  The WSAVA informs us that,

It is important to realize that not all members of the Kennel Cough complex have a vaccine. Also, because Kennel Cough is a localized infection (local to the respiratory tract), it is an infection that does not lend itself to prevention by vaccination.”

Putting this is plain English, the WSAVA seems to be saying that kennel cough vaccines don’t work, or that kennel cough is not a vaccinatable disease. Most combination canine vaccines contain injectable parainfluenza as well as adenovirus, expressed as ‘DHPPi = (D) Distemper, (H) Hepatitis/adenovirus, (P) Parvovirus and (Pi) Parainfluenza. The Bordetella bronchiseptica vaccine is a live avirulent bacteria, given up the nose. It’s generally combined with intranasal parainfluenza. The WSAVA advises that “the Bordetella vaccine may promote transient (3–10 days) coughing and sneezing, and nasal discharge may occur in a small percentage of vaccinates.”  The implication of this, is (and the evidence suggests), that kennel cough vaccines cause kennel cough outbreaks. Although kennel cough is not a serious disease for the majority of dogs, it’s a serious disease for kennel owners. Their reputation and livelihood can be irrevocably damaged by vaccine-induced kennel cough outbreaks.  In its Guidelines document, the WSAVA states:

Certain vaccines have a higher likelihood of producing adverse reactions, especially reactions caused by Type I hypersensitivity. For example, bacterins (killed bacterial vaccines), such as Leptospira, Bordetella (kennel cough), Borrelia (Lyme disease) and Chlamydophila are more likely to cause these adverse reactions than MLV viral vaccines.”

Type I hypersensitivity reactions involve an immune mediated reaction that releases potent inflammatory mediators and other chemicals that trigger an anaphylactic reaction in the affected animal. The reactions are usually acute, with the clinical signs appearing within minutes or hours of vaccination. Typical signs reported are facial edema, shock, lethargy, respiratory distress and diarrhea. Severe anaphylactic reactions may result in death. Urticaria (hives), facial edema and anaphylactic shock are specific clinical manifestations of Type I hypersensitivities.  There is compelling evidence to suggest that kennel cough vaccines should not even be on the non-core list. Kennel cough is a transient disease and the vaccine causes outbreaks and risks more serious adverse reactions. The only positive benefit for its existence is that it keeps booster income flowing for vets.

« Starting Your Puppy on a Raw Diet
Canine Influenza Virus: Should You Be Worried? »