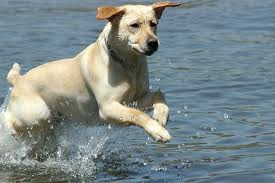 I never knew that when they first came out with the heartworm drugs back in the 80’s.  All I knew from my veterinarian and the display jar of formaldehyde containing a dog heart with spaghetti-like worms spilling out of it and waving at me is that heartworm kills dogs.  The details of the circumstances and what exactly were the real risks were not explained to me; I doubt most vets knew more than what the drug companies drilled into them – and every dog owner.  I’m afraid the same is still true today.  We learn so much when we start to dig into what can hurt our dog, make her ill, and even kill her.  And boy, did I learn a lot when I ventured into holistic vet practice!

What I’d like you to know, is how to keep your dog safe from heartworm without risking something far worse than a parasite.

Dr. Jean Dodds has tracked this relationship. You may recognize her name; she’s a world-renowned expert in hematology and immune diseases. She published an article in DVM Magazine years ago linking the two common heartworm preventatives to autoimmune disease and death.  Here are just a few examples from her research:

And on the list goes. Many of the cases she reports had no pre-existing illness, and got ill after the first dose to several doses later. Several had recurring sickness in the same week of each month, the very week they got their heartworm preventatives.  Here’s how these diseases look.  Your dog can show:

ER treatment of dogs with this sort of disease often involves repeated blood transfusions, high doses of steroids or even more potent immune suppressors, and hospitalization to monitor and keep your dog on I.V. drips.  And, according to research published in the Canadian Vet Journal and elsewhere, just over half the dogs will survive.

According to Dr. Dodds, the recent dramatic increase in immunological diseases has been attributed to the effects of environmental influences on genetically susceptible individuals. An increasing number of breeds are at relatively high risk for these problems. The genetic influences are compounded by the fact that the immune system is continually challenged throughout life by an array of environmental agents that serve to promote failure of the body’s self-tolerance. This produces or triggers a variety of autoimmune diseases affecting the thyroid, blood, eyes, skin, muscles, joints and specific organs. Environmental agents known to be involved include the effects of drugs, toxins, chemicals, viruses and other infectious agents, vaccines, hormonal and nutritional influences, even stress. 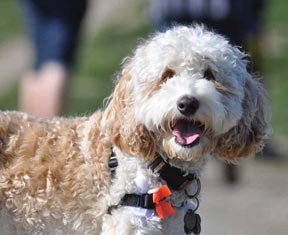 While dog owners have been told for years to give a monthly heartworm (HW) preventative, no matter what, OR ELSE, many holistic vets, including Dr. Will Falconer and me, been recommending that our clients consider a proactive protocol with the least amount of impact to overall health. we endorse regular HW testing and a drug-free, immune system-priming program that effectively protects against HW while creating really healthy dogs and cats for life. Essentially, we educate to replace fear with rationality, so owners can operate at a much higher level of decision making than that which accompanies blind fear.

I realize this program may not be comfortable for every client to embrace, and so then we work out herbal preventatives or a less harmful, yet effective, approach in the prudent use of preventative drugs than the rather excessive standard conventional protocol.

As with much conventional medicine, the fear of the disease drives people to buy the prevention. “Fight or flight” is appropriate when a bear is after you, but not in health care decisions! When operating from higher awareness, we naturally make better choices and some of the most important ones are made for those who depend on us completely for their care and wellbeing.

It’s important to get a perspective on parasites in general before discussing HW. Seeing it for what it is helps to allay fear, allowing decisions based on reason. Parasites live only slightly at the expense of their hosts. It is only the weakest animals in a population who die of parasitic disease. After all, if parasites killed all their hosts, where would they live? So, if not in the best interests of HW to kill off their reservoir, why are dogs dying of HW disease and why are cats being diagnosed with this canine parasite and dying of it?

In my practice, I review the HW life cycle, the precise conditions and events needed for HW infection to occur, the years it takes for advanced HW disease to develop, and the relatively low incidence of life-threatening infection. Therefore, circumstances and time are on our side. It is important to keep this in perspective. I explain the visible symptoms that won’t be seen until enough worms are in the heart to affect its action. Most dogs that test positive will not have symptoms, however. The finding is incidental from routine screening and does not equate to HW disease. This is far from panic time; merely a wakeup call to work on the dog’s (or cat’s) health.

We discuss the array of drugs offered in conventional prevention that act as pesticides to kill the HW larvae. The mode of action is nerve/muscle paralysis with short and long term side effects ranging from lethargy, vomiting, and diarrhea to incoordination, tremors, paralysis, and seizures; also itching, hives, tachypnea, anemia, bleeding, and bruising. In some cases, side effects are serious and may cause death. Overuse of these drugs has also shown decreasing efficacy over the years, much like antibiotics, as resistance in HW builds.

At least two things should really strike home: 1) the mode of action is nerve paralysis to suffocate or starve the larvae, and 2) adverse reactions are largely nervous system effects. Of greater concern is the correlation between HW preventatives and autoimmune disease. So, while drug makers hope to minimize toxicity to the dog and maximize it to the parasite, they are still poisons, ever increasing the toxic load. I am very clear on that point.

Looking at wild canids as models of how nature deals with HW, we find only a low incidence of HW disease. Why? Because wild canids have immune systems that are functioning as intended, taking HW for what it is: a pathogen. The job of the immune system is to react, attack, and eliminate interlopers in various ways. If we don’t interfere, that is just what it does and with great efficiency. So, while there is HW in wild canine populations, only the very weakest succumb to HW or other parasites. Another obvious difference: wild dogs have far more contact with mosquitos. Logic would dictate that our house pets will never have the exposure levels to mosquitos that their wild cousins do.

Why then are dogs dying of HW disease? The reason can only be that dogs, living as they do today, have had their immune systems impaired to the extent that they do not detect these parasites well enough to eliminate them. I see the increased risk to dogs in four main areas: nutrition, vaccination, toxin exposure, and lifestyle. Focusing on these areas will allow a dog’s immune system to be every bit as efficient as the wild canine’s and resist parasites just as effectively.

So, how wild and domestic dogs differ in their lives sets the agenda for how we can and should prevent HW naturally. Supporting overall health and disease resistance, educated owners are bringing their dog (or cat) back to a normal state of vigilant immune surveillance so they can live parasite-free without the use of risky drugs. There is every reason to expect a dog will resist HW if we simply stop interfering with the innate immune system present. I see dogs and cats all the time that repel HW without the use of any prophylactic toxins. They spend time outdoors regularly and don’t avoid mosquitos; they just have normally functioning immune systems!

Source: Adapted from Vital Animals Don’t Get Heartworms by Will Falconer, DVM.